Start a Wiki
(For the Surround Productions logo, click on the blue text)

Surround Productions is a YouTube Channel/Company which was created in 2016 and debuted in 2017, with LW Leon in his role as The Phantom of Darkness in a very short video. It would soon be supported by Jacob and Alex Delashmit in late 2017.

The early days actually begin back in Elementary School, where LW Leon had an interest in acting and writing.

Originally, he had no desire for horror content, but real life conflicts inspired him to become The Phantom of Darkness. However, it started off differently with gimmicks.

Through 2015, 2016 and even 2017, he wore a Gangster/Hip Hop appearance to give off a Gangster Impression. However, the result did not work and he felt it wasn't good enough. So therefore, The Phantom of Darkness was created in 2017, LW Leon made his internet debut in September of that year, but just used the name LW Leon until later that month.

After the first Christmas Special, The Christmas-Eve Masquerade-accre, which featured The Phantom as an antagonist, failed, The Phantom of Darkness was dethroned as the host of the channel.

Prior to his departure, LW Leon considered another character to replace him, known as The CorpseTuber, who was also a Tim Burton inspired character (first being The Phantom's 3rd and 4th masks). This plan was shelved for unknown reasons. 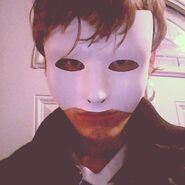 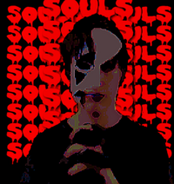 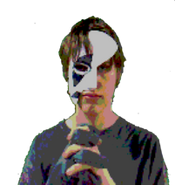 Add a photo to this gallery

Retrieved from "https://surround.fandom.com/wiki/Surround_Productions?oldid=604"
Community content is available under CC-BY-SA unless otherwise noted.